One of the first things that hits me when I look at August Rodin's work is the energy that he portrayed. Lines flow through his art.
This not only comes, I am sure, from observing and knowing his subjects, but also from transferring that knowledge in sweeping free movements down his arm, through the drawing medium and onto the paper.

The viewer not only sees the physical form and movement of the body but also the interaction, intent; the moment before, during and after are all conveyed in a blink of the eye.
This can be seen clearly in Rodin's work 'Woman kneeling and clasping two children to her'.
The picture captures a still frame of the two children being held by the woman, but the energy lines depicted allow us to feel the rush that the children made toward her and the heartfelt intent to hug and be held.

It is this expression of the rhythm of nature that I refer to above.

As part of my observations when creating my lioness studies I sought photos of them and repetitively drew quick sketches: circles for heads, bodies, lines forming the arch of the chest base or extension of the tail.
Once I'd caught this basic essence I'd go back over and study the mass of the animal in more detail.

The sketches are just that, not always right and certainly not finished pieces, but I was after reproducing that breath of life; the energy. 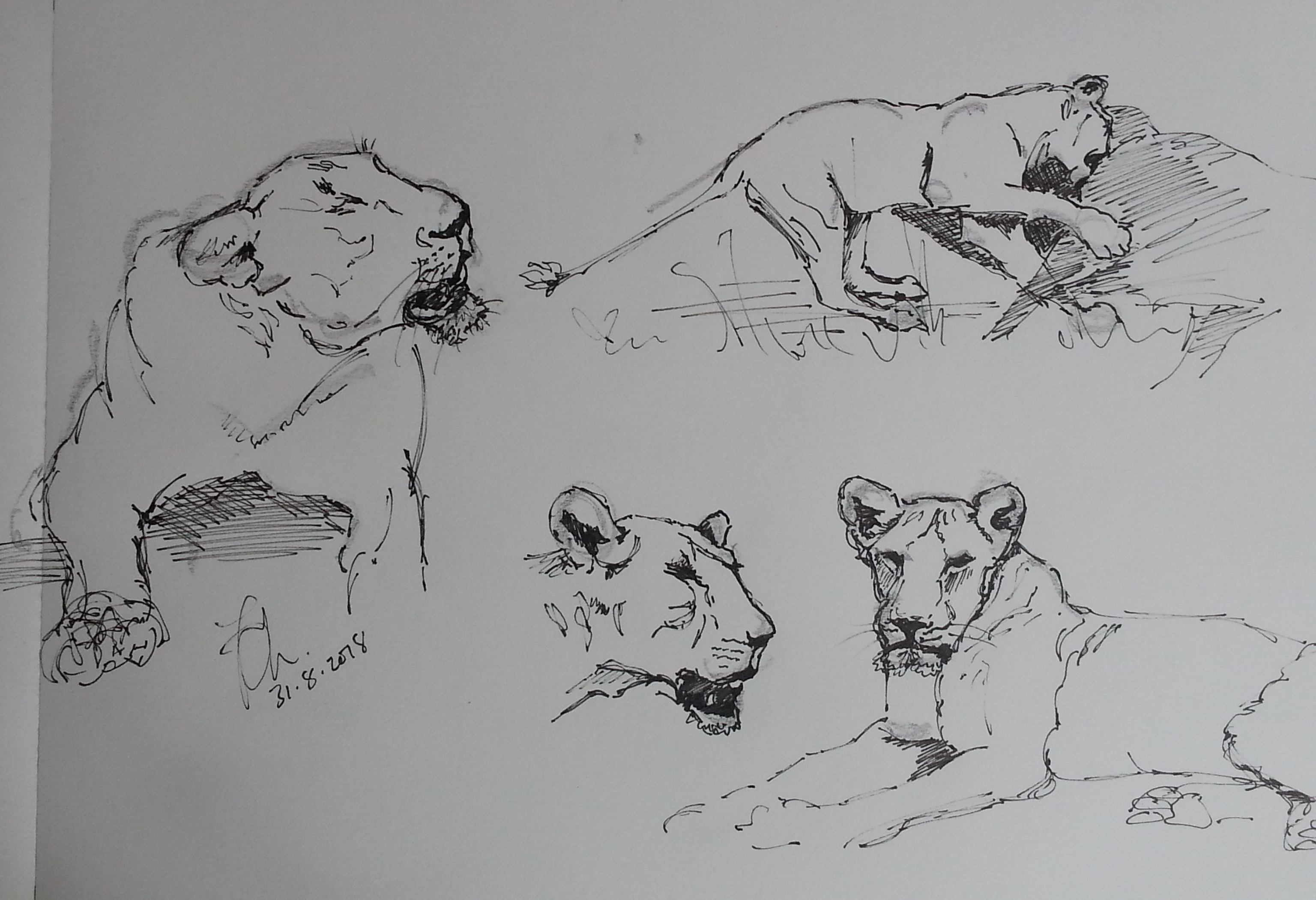 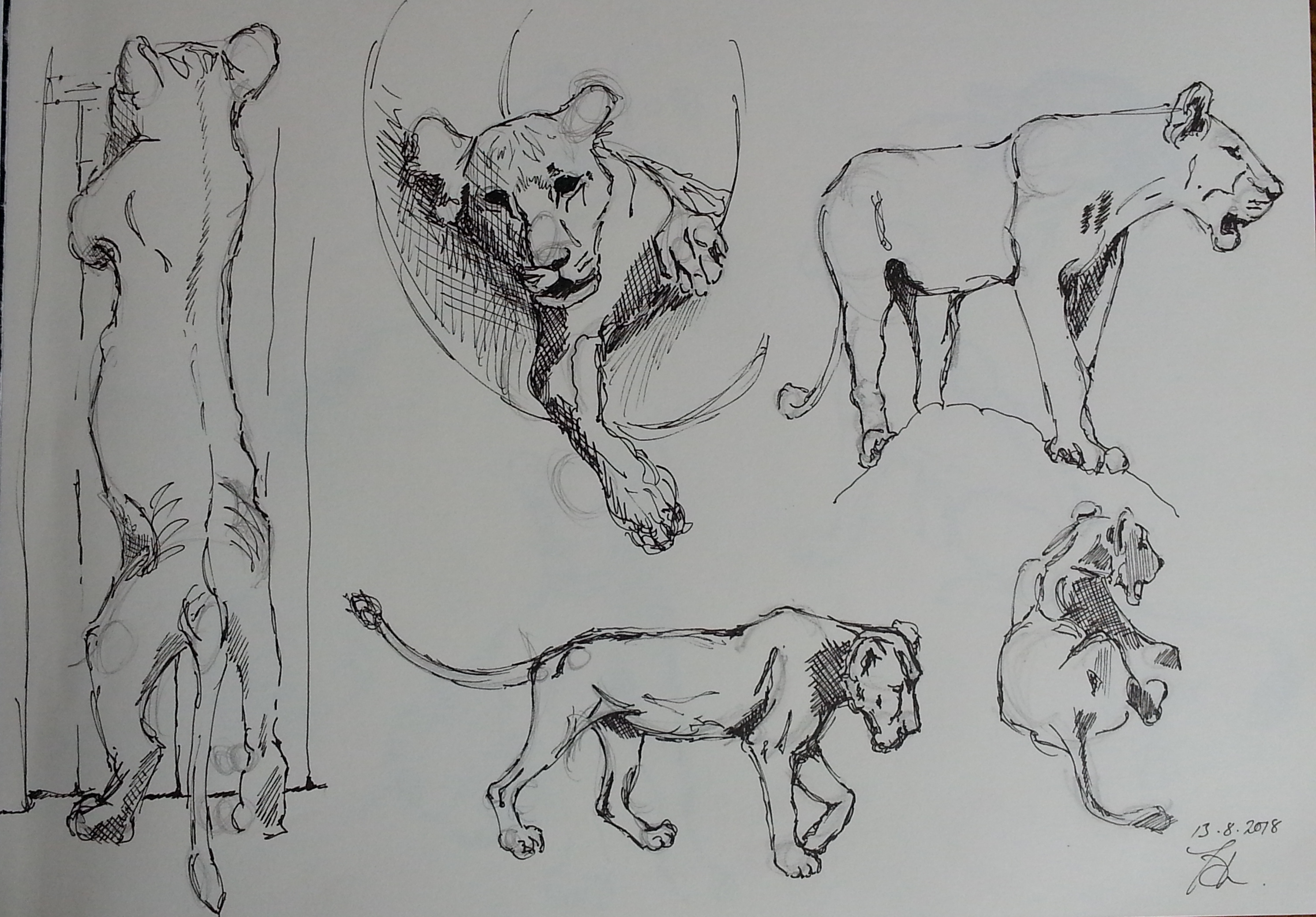 Theoretically these same lines of energy should work in 3D form.
I think that disciplining myself to continually move the sculpture stand's rotating surface is crucial to assisting in the transfer of this energy into every plane within the model. Working to see the creation form all sides; developing it as a whole.
Even a static standing beast has energy: mass that fixes to the ground.
It may be still, but the viewer should see the potential, the coiled energy waiting to be released within its framework of muscles.
Or at least...that's the aim!! 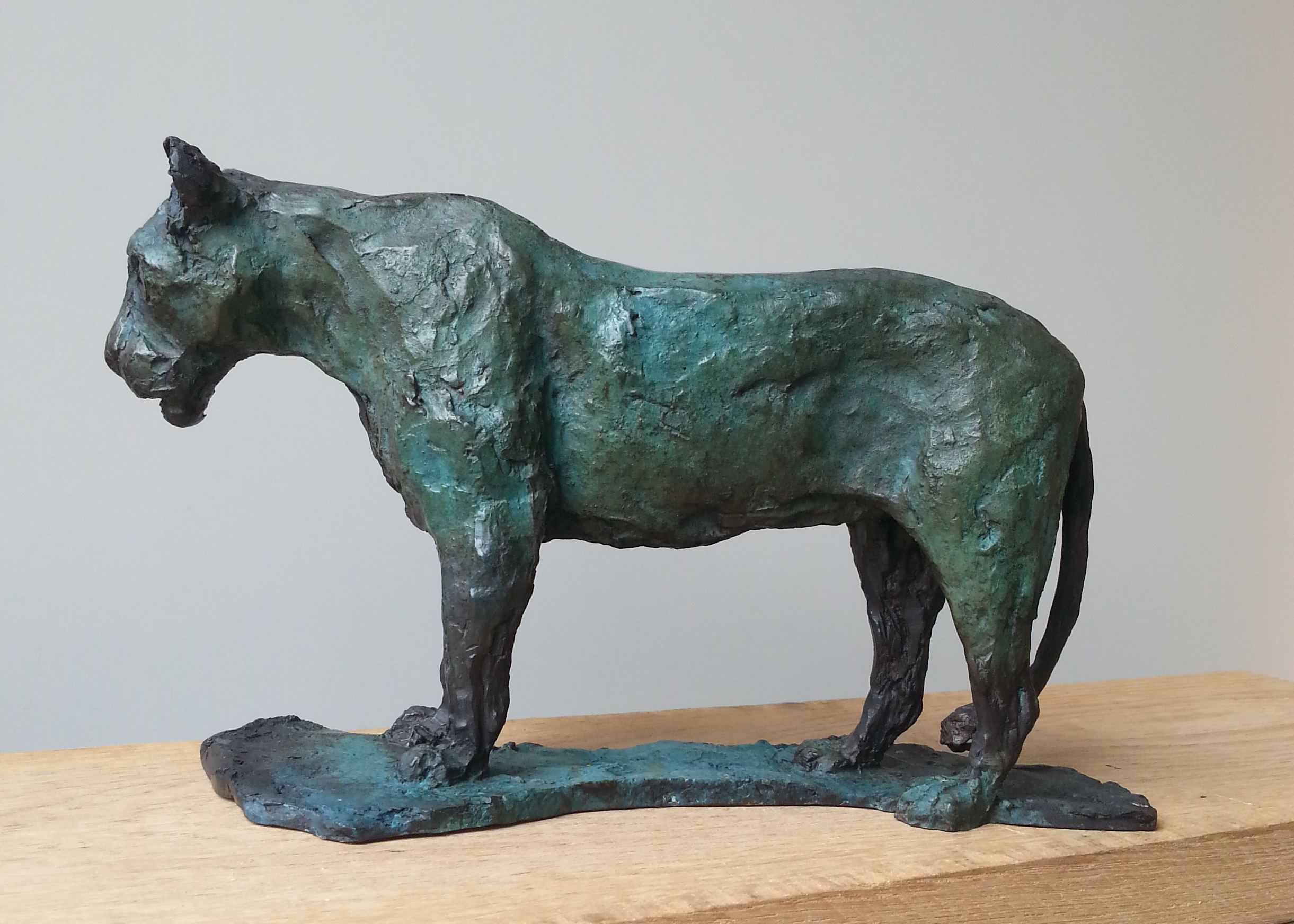